Did you happen to see the rabbit with the pink and chocolate ears?
With a hip and a hop, children don’t want the Easter fun to stop! 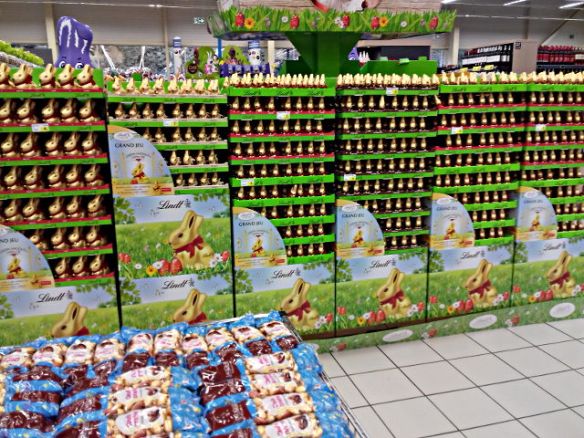 Look at this delicious array of Easter Rabbits at E. Leclerc in Sarlat

Finding the brightly coloured Easter eggs carefully hidden and lain
and eating all of the Easter goodies that someone has made.

Row after row of Easter delights.

Did you happen to see the rabbit
with the pink and chocolate ears?
That means that Easter is finally here!

If you do not want rabbits, eggs, fishes or bells take a look at the pictures of some creations by La Maison Du Chocolat below.

Much too good to eat but I could certainly try.

Happy Easter, hope that you recieve lots of Easter goodies.

Event:- Sarlat Easter Egg Hunt through the Medieval sector to find the golden egg. Who ever finds it will get a special prize plus cinema tickets.

No blog next week

The start of Spring is always celebrated in the South West of France by the Children’s Carnival and the Judgement of Pétassou. The children of Three Schools of the Céou Valley RPI make the most cute and original costumes, then get together to parade through Daglan village with the very naughty Pétassou on the back of the tractor.

The Judgement of Pétassou dates back to Medieval Times, when he was/and still is thought to have performed many disagreeable acts from theft to large explosions, which is why he is the focus of the carnival. He is then judged by the children, found guilty and burned on a bonfire.

By the beat of the drums Pétassou is paraded through the streets of Daglan.

So cute the children form the Primary Schools wearing the magnificent costumes.

Dancing and singing by the children, teachers and parents.

Songs to rid the villages of Pétassou and the cold Winter months.

Singing the Pétassou song with actions the children of the three schools send Pétassou away, the cold of Winter is gone and the start of Spring is here.

The children, teachers and parents gather around the flames.

Sound the flute
Beat the drum,
Birds delight
Day and Night,
Nightingale,
Lark in the sky,
Merrily, Merrily, to welcome
in the Spring.

William Blake (1789) extract from the Songs of Innocence.

Event:- How good is this.
A Cleudo Egg Hunt at La Rogue Gageac on the 1st April. Children from 8-12 years accompanied by an adult.
Four euro per adult, two euro per child.

I love this time of year “Spring is upon us”, it is still so cold but we were out this morning buying lots of gorgeous plants from the Daglan Fête Du Printemps. There was so much to choose from, with many stalls which filled the square in front of our home in the Place Du Liberty and continued all the way along the Rue de la Republique.

There were also local authors signing their books in Salon Du Livre in the Presbyter, a children’s area in the local Primary School and Poulet au Pot Farcie at the Salle Du Fête. 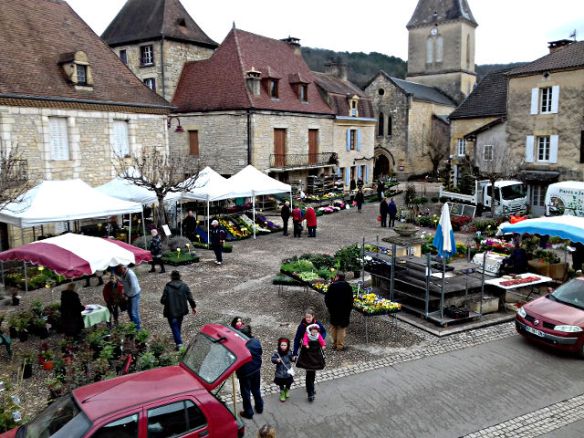 People were loading up their cars with plants this morning.

Fabrice Le Cafe, selling oysters with champagne or wine outside his restaurant this morning. Love the beard Fabrice, it suits you.

A selection of garden furniture and hand painted ornaments from Le Jardin de Rosa. Her shop is to be found at the back of the Château Beynac.

Our own château in Daglan village (I wish) with gorgeous fruit plants and shrubs at the front of the gate.

A gorgeous display of colour.

Two of our wonderful friends. 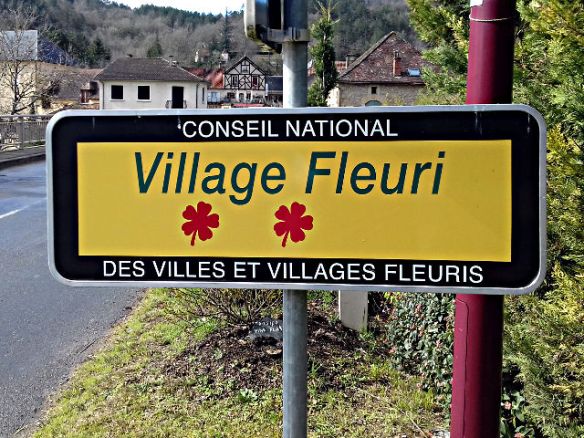 Enjoying an aperitif before our meal.

Lovely photograph of Jan and Loren.

The service was excellent.

The first course was potage de saison, I was so engrossed in conversation that I forgot to take a photo.

Followed by fromage with salad.

Roy showing his artistic rabbit created from the dessert, moelleux aux dattes. I think that I need to enter him for next years Sarlat Chocolate Festival.

It was great catching up and enjoying a meal together we had a great time.

The next club meal will be on the first Sunday in May, a traditional English Meal. Looking forward to helping to organise the menu, meal etc. 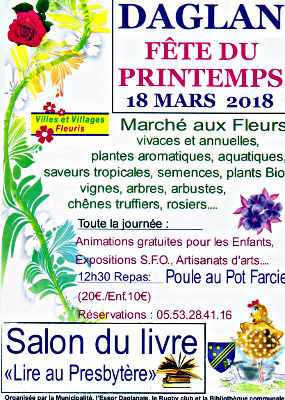