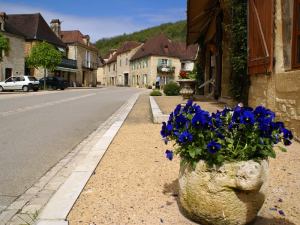 Daglan is a small and historic village nestling in the Céou valley just over 20km south of Sarlat-la-Canéda in the south east corner of the area known as the Perigord Noir, (named for the black truffles that grow in the area)

The name Daglan originates from the Celtic for “good valley”. The history of the village can be dated back at least to the early 1300’s when Daglan became a key parish in the diocese of Sarlat and the seat of the archpriest.

Daglan prospered throughout in the 14th century but by the end of the Hundred Years War it was almost deserted. In the 15th century the cultivation of vineyards triggered a revitalisation and it became a wealthy area but disaster struck in the 19th century when the phylloxera epidemic struck the vines. 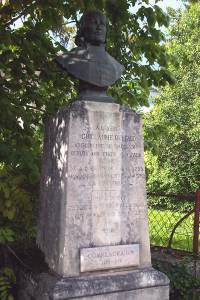 Now there are a little over 500 inhabitants so you would think of it as the typical sleepy French Village. This is so during the winter months but from the moment weather starts perking up to late September and even into October tourists visit to wonder the pretty streets, squares and see the fourteenth century Church of St. Martin.

After a stroll through the pretty cobbled streets and squares what better way to spend some time watching life pass by while enjoying a little refreshment at La Cantine by Fabrice Le Chef, Café de la Fleur, and Le Petit Paris, with a bib gourmand and two forks in the Michelin Guide. 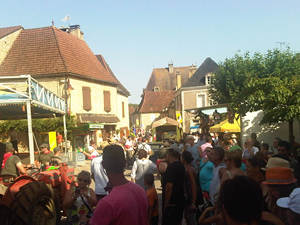 A Village Transformed, crowds at the Feiras de Daglan

Daglan hosts several events throughout the summer season beginning with the spring festival in March, followed by the children’s carnival, there are brocante (fleamarket), bodega (bands, fireworks and food), and the highlight of the tourist attractions is the Feiras de Daglan, a four day extravaganza held in August with fairground attractions, processions, live classical and popular concerts, cycle racing and fireworks. During this four day even Daglan sees thousands of visitors. See the Mairie de Daglan site for all the local events