La Fête Nationale is an extremely important day celebrated through out France on July 14th.

Unfortunately I could not attend the ceremony held at the village memorial, I was so tired after my earlier short walk around the market, but I shall be there next year. My husband took the pictures for me.

The pride of the villages can be seen on peoples faces as they gather around the village monument. 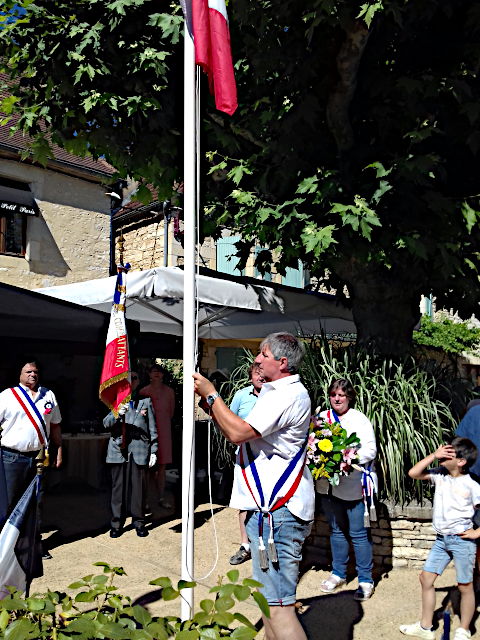 Monsieur Cabianca raising the French flag and the placing of the gorgeous flowers.

The speech was given by our Mayor, Monsieur Dussol which focused onto the history of France, liberty, and cultures coming together.

Following a minutes silence was the singing of the French National Anthem which always brings a few tears to my eyes due to how many lives were lost for the liberty of France.